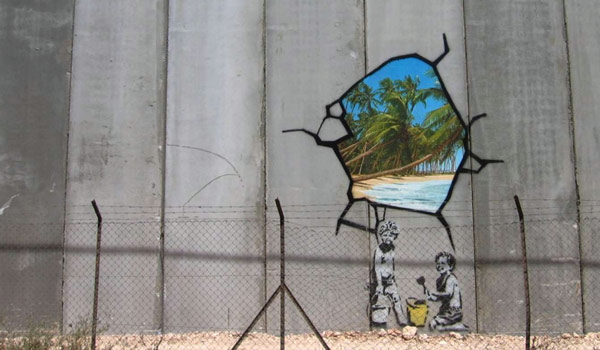 Walls never truly left us, but for a while we had that illusion.
Movies and shows like the Game of Thrones, World War Z and now The Great Wall, just to name a few, are plotted around walls that divide order from chaos, security from threat. The recurring presence of a theme in mainstream culture is always a good symbolic indicator of the times.
In fact hand in hand to this there’s a return to physical and virtual walls right when we thought we were getting away from “borders” and moving towards an idealized worldwide community.

It wasn’t long ago when John Lennon sang “imagine there’s no countries” (1971) and Pink Floyd released the album The Wall (1979) where the shouting chorus “leave us kids alone” was also the shout of emancipation from patriarchal bondage, daddy state and institutional order.
Shortly after, in 1989, the Berlin Wall fell, signifying the end of the Soviet Union together with the end of an era.
All signs of a cultural shift we were all part of, certainly with the contribution of technological development. The World Wide Web did the rest, but even that one ultimately required a Firewall.

And now? Walls in the east and west are returning in various forms and for various reasons. Political commentaries aside (this is not the place for them), are any of these merely isolated phenomena or can we actually read them as signs of the crisis of political globalization? 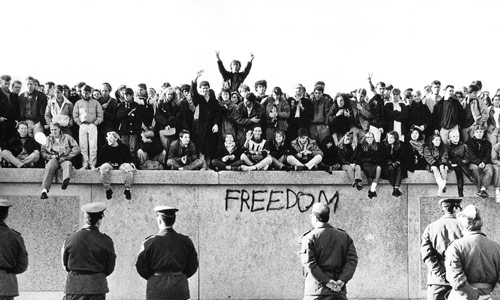 As individuals we were getting ready to look to the other side of the planet and empathize with different people, a sentiment revived once again in some alien movies like “Arrival” featuring the global separation-communion antithesis, but we were not ready for the impact that political unions, regulations, deregulation, legalization and forced-mobility equally demanded of us in the name of finance, productivity and corporatism, regardless of cultural differences and contexts.

Political strategies have tried to selectively control the cultural metamorphosis of the “interworld”, inevitably altering its path and leading to the same old unresolved conflicts.
We are expected to become model global citizens, normalized, politically correct, equalized by design. And we are supposed to adapt fast, while being pushed into fictitious “unions” for the interest of a few. Hence the impossibility of actual integration.

Like children who fear their own closet, now that we see the planet as a solitary ship in space ideas of threat come from the endless cosmos, a menacing Otherness that could finish us anytime (asteroids, radiations, aliens…), but also from the mysterious family next door, the man with different views, the stranger with a peculiar accent or the bizarre one who doesn’t follow the norm.
Anything we can’t understand nor control is perceived as chaotic and destabilizing.

Terror wears many masks, but it’s always the same at its roots.

There’s no doubt there’s been a split in our culture and the patriarchal model is falling. This is the unprecedented era of natural globalization, which, unlike its political counterpart, is inevitable and culturally grows at its own pace.
However, since we’ve been forced to participate on someone else’s terms, we are like teenagers who are supposed to get out into the world but are still constrained by family demands that had different plans for us, regardless of our individual calls. 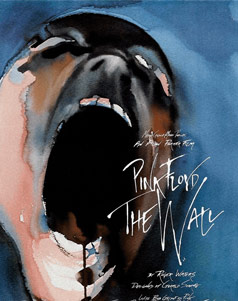 “Daddy what else did you leave for me?
Daddy, what d’ya leave behind for me?
All in all it was just a brick in the wall.”
Another Brick in the Wall (Part 1) – Pink Floyd

Roger Waters has always been interested in social dynamics and their effects on people. This song and album were written right when some cultural walls were starting to crumble.
The moment we were dreaming was here, but Daddy gave us nothing of value for the journey ahead. All we knew were his rules and fears.
Now after decades of debauchery, lost in the impossible of a senseless life what do we do? Some may remember the song following “Another Brick in the wall” titled “Mother”:

We raise the wall once again, and here we are. We barricade the house hoping everything will go back to “normal”, until we start hearing noises and fearing the dark rooms in the attic. 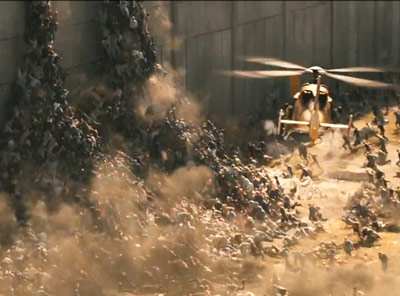 The increasing popularity of movies and video-games about undead, survivors and special-ops are symptoms of a collective angst we are very familiar with, but one thing is to make a metaphor in a movie and depict a phobia like a monster, another is to discover the many faces our phobias can adopt in a lifetime in each one of us.
We’ll never build enough walls to keep us safe from our inner monsters, grown out of our own inner divisions and wounds, inherited and collectively shared and fed.

“Fear is the destructive energy in man. It withers the mind, it distorts thought, it leads to all kinds of extraordinarily clever and subtle theories, absurd superstitions, dogmas, and beliefs.” – J. Krishnamurti

By now we should have learned that there are no universal solutions, a one-fits-all idea, order for all and universally valid legislation, that ideas of righteousness can lead to destructive acts and that terror can’t be fought because it’s not truly “out there”.
The destruction we see or engage into is the consequence of it, not its cause.

Our history is the history of angst: survival leads to seeking security, security to control and control to the fear of losing it all.
“Mom, dad, officer, mister president…can anybody help me?” is all we come up with.
Daddy and mommy aren’t the answer anymore. That stage is gone.

We can point outwards to all apparent threats, and we know they’ll keep showing up in greater and greater numbers, and we’ll call for their annihilation without ever seeing that fear is already in us, because, as Zygmunt Bauman wrote in “In Search of Politics”, the global citizen lives in a permanent state of insecurity and solitude.

Fear is our only true unwanted-guest, but could be our greatest teacher too, depending on how we look, so it might be time to look at it closely, feeling it, sensing it, understanding it like the old guest it is. Or we could indulged into it and let history repeat itself, again and again. In the latter case, if you’ve been paying attention, by now you should know how it ends.

-Graffiti on Palestinian wall, by Banksy
-The Berlin wall
-Poster of “The Wall” by Pink Floyd
-A scene from the movie “World War Z” (2013)