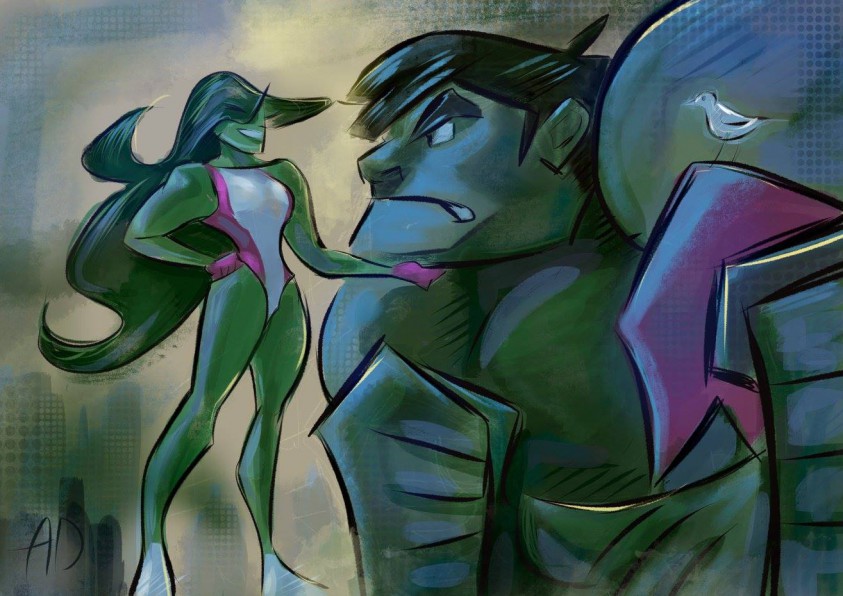 The Incredible Hulk is to me one of the most fascinating characters of the Marvel universe. Maybe because he’s not formally a “superhero”.
I’ve been wondering what makes an unintelligent and destructive character like this so popular and likeable.

I’ll play with the concept to try to explain why I find the Hulk one of the most interesting Marvel comic book characters.

The Hulk is the nickname given to a scientist (Bruce Banner) who transforms into a green giant destructive creature whenever he loses his mind (generally when he gets angry, is in pain or fear).
In other words: he becomes unconscious, his intellect is lost. What remains is pure instinctual nature. Hence the color green.

The rise of an unconscious force where intellect and speech are not present is clearly a regression to an infantile state where the Mother is Nature herself.

The Hulk can be seen as a hypertrophic baby who plays with the world as children do with tiny toys on the carpet, throwing them around, yelling or crying.
Imagine being a tiny man in the hands of a humongous baby and you’ll get the idea.

Now I hope you don’t mind if I step once again into the realms of symbols and Tarot, the most complete archetypal alphabet of the western world. You’ll see why.

Based on the above, if we wanted to assign an astrological planet to the Hulk it would probably be Venus.
Venus represent the Mother and Nature, which does have the power of destruction as well, but in a different way.
One of humanity’s major fears is precisely to succumb to the annihilating and untamable forces of the Earth (floods, earthquakes, storms, volcanic eruptions…).

Venus, the feminine destroys by swallowing, engulfing, eroding.
The Dark Mother is the possessive one who’ll never let her child out of her own womb. She destroys the individual Will of conscious undertaking.

The Hulk is the child of Venus. They can’t be separated.

And where do we find Mars, Venus’ counterpart, the martial force if not in the Hulk’s arch-nemesis: General Thunderbolt? He dedicates his life to battling the Hulk with the power of the military.
Thunderbolt doesn’t simply represent the army, but also the extreme self-serving arrogance of modern man who intends to bend the world to his own will through technology and other means.

Mars VS Venus. The most ancient duality, sadly sometimes a dichotomy as well (especially in our times), which isn’t just Male and Female, but also Science and Nature, Intellect and Instinct, etc.

And the story could end here and be a tragic one, but fortunately it goes on with a key character who successfully completes the equation: Betty Ross.

She fills a special role as General Thunderbolt’s daughter AND Bruce Banner’s lover. Odd triangle.
She’s the bridge between the two, the mediator and pacifier. She’s also the only one who’s able to keep the Hulk at bay, to calm him down.

Betty brings consciousness into the conflict, therefore ending it.
In other words she represents the force of the intellect, the very same aspect that is not present in the eternally unconscious and impulsive battle between the Hulk and Thunderbolt.

But here is where I noticed something interesting: in alchemy the triad (Alchemical Wedding) is composed of sulfur, salt and mercury (we are talking in symbolic terms, not chemically).
Now let’s look at the what these three elements represent in the traditional Tarot. 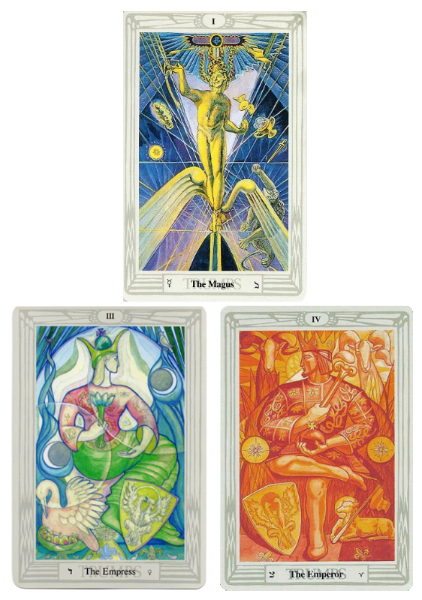 We can summarize and say that the structural plot of the Incredible Hulk comic book reflects the Alchemical Wedding. Consciousness or intellect mediating between the opposites, Mars-Venus, male-female, right brain-left brain, yin-yang…

Allow me to play with these ideas some more and let’s look at the Kabbalistic Tree of Life. 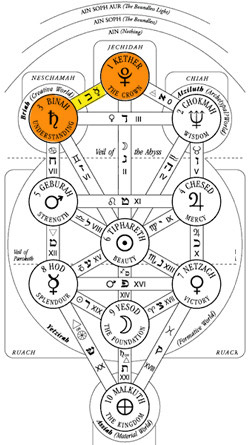 In Kabbalah Beth is placed on the path that links the “Crown” Kether (Divine/Higher Source) to Binah (Understanding). And what is that path associated to? Mercury again.
Betty, Beth, the Magician, the messenger, the bridge to “higher consciousness”.

This means that the only way to end the dichotomic conflict is to produce a synthesis of the “opposites”. Otherwise the bi-polar conflict will never resolve.

Ultimately, if this game has gone too far for your taste and we want to get grounded, we can add an extra twist to this interpretation and put some Carl Jung into the mix.

From a Jungian psychoanalytical point of view Betty Ross could represent the Anima, that is Bruce Banner’s feminine side, that which he needs in order to harmonise his own masculine psyche.

Not to forget that she mediates between the Father and the Lover. The story can have a happy ending only if Betty helps Banner come back to his senses. The only way to put her martial Father at rest too.
It’s the same alchemical principle we’ve seen above, put into different words and formulations.

To conclude, we can look at the entire Hulk tragedy as the battle between Right and Left Brain in one single psyche.

I can hear an objection at this point:
-“Are you implying that Stan Lee and the other guys at Marvel are Tarot, Kabbalah or Jung psychology experts?”
The answer is: I don’t know and it doesn’t matter.
The unconscious is structured like a language and is transpersonal. There’s more to one’s psyche than the purely personal (how can you speak of yourself without speaking of the world? Where is the line of demarcation?).
And if we mention archetypal forms we’ll realise that culturally we are all bathing in the same big ocean, expressing itself through language and art (the Symbol). Here we’ve chosen Tarot and psychology for the analytical insight they provide, but you can enjoy finding mathematical formulas, geometry, mythology… Whatever speaks to you.

This little article doesn’t at all exhaust the complexity of the topic and there are certainly many more ways of interpreting it, I just happen to enjoy this one, but what seems to be clear is that the Incredible Hulk comic book speaks of an ancient story we all know very well, a story that will be with humanity for as long as there’s a humanity.