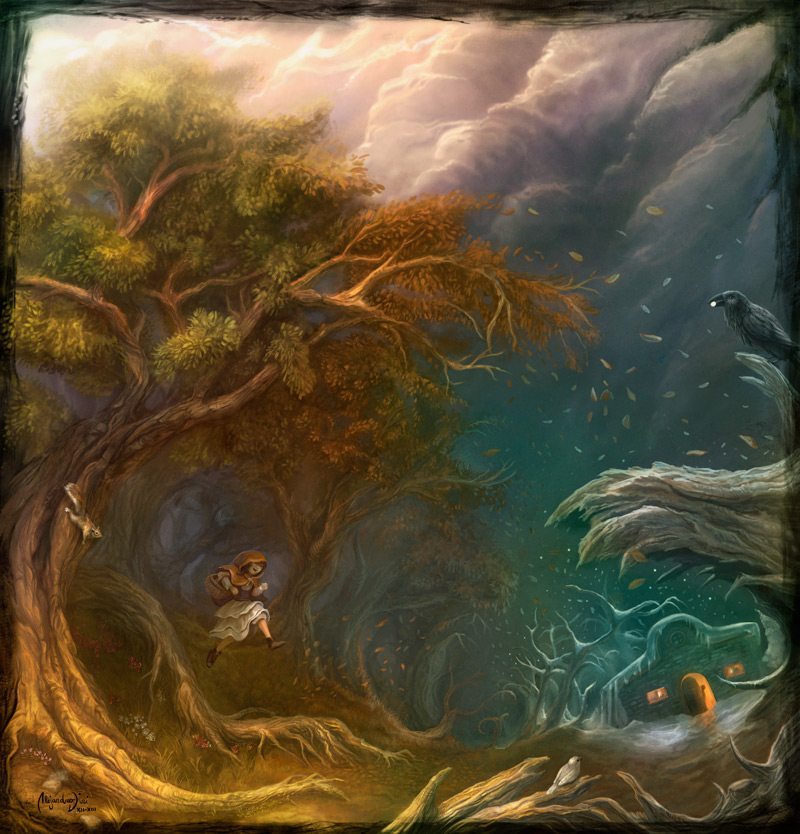 If you, like me, enjoy Fairy Tales and their meanings, there’s one lady who published several books on the topic: Marie-Louise Von Franz.

She makes a good point on these type of tales: by traveling through word of mouth Fairy Tales are folklore stories stripped down of their local context, revealing the universal symbolic content of Jungian collective unconscious (that I personally prefer to call “collective symbolic” to avoid mystifying the concept of the unconscious, and because ultimately Jung himself focuses his attention on the symbols of the unconscious).

On the other hand, what are Myths?
Myths are symbolic tales heavily impregnated with historical, cultural and religious elements. Myths go through numerous conscious interventions and adaptations, so much that it’s often hard to differentiate the purely symbolic from the factual or religious aspect.
This might happen to Fairy Tales too, but, unlike Myths, they don’t depend on such historical content as much. In short: the more you remove conscious elements from a tale (even a Myth), the closer you get to a Fairy Tale. Remove too much and you’ll get so close to the archetype that the tale will start dissolving into unintelligible symbolism.
That’s why the playing field of the Fairy Tale has always been the oral tradition: it’s what makes them “fluid” and lively.

Needless to say, it’s important to trace back the cultural roots of both Myths and Tales whenever possible. One thing I’d like to mention is the recent fashion of interpreting certain Myths as proof of extraterrestrial visitation in ancient times. It’s an undeniably entertaining point of view, but it just takes a bit of Joseph Campbell or Carl Jung, to name a few, and decent research to reveal what a castle of cards the “ancient aliens” fantasy is.
Minds who aren’t prone to abstraction tend to take mythology as factual in all its forms, or might find very difficult to discern what’s symbolic and what isn’t.

Nevertheless, it’s a fascinating topic. From a psychological and anthropological angle I would ask: what are aliens?
Why do they trigger our imagination so easily these days?
Perhaps they are the perfect ideal marriage of religion and science. In an era when atheism feels too dry to be emotionally sustainable, or religion too rhetorical, aliens are otherworldly beings we could finally have the chance of seeing and touching. Gods from outer space. New parents for a new age.
But in order for us to feel this way we have to be truly alienated in a cold technocratic world that feels smaller, faster, tighter and more claustrophobic than ever.
The alien at times appears as a new face of the tyrannical father who coldly examines us as cattle on a surgical table, but they are also imagined as angelic and motherly beings of pure love and light.

In truth, who’s going to rescue us from our alienated condition?

Well, this is where Fairy Tales might help us, much more than ancient Myths and “aliens.
If you are rather familiar with Jungian terms and models of the psyche I’d recommend “The interpretation of Fairy Tales” by Marie-Louise Von Franz.
It’s a nice place to start. Then let the journey unfold. There are many authors and topics one can discover.

I don’t particularly like the term “Fairy Tale” though, because it sounds like a genre of sorts. I prefer Folk Tales, because that’s what they are.
We can’t write new Folk Tales out of conscious will. They are born on their own, through people and time. If you’ve seen photos of massive stones carved by the ocean through the centuries you’ll have an idea of what these tales represent and how they are made.
That’s what is “fairy” about them. 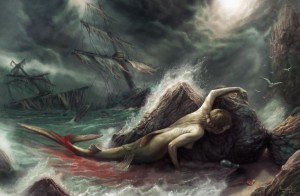 But isn’t this the problem we are facings these days? Movies tell and retell stories in a mythological form, recorded to be viewed again and again, but where’s the living oral tradition? When the unconscious content keeps pushing through, but isn’t formulated in a new symbolic order through speech things can get very unpleasant, if you know what repression and projection mean.
This is how we find ourselves in a tendentiously psychotic state of delirious positivism, with our eyes on a screen…waiting for something to happen. The alien. The fatherly otherness.

Unlike Myths, it’s impossible to take Fairy tales literally. Fairy Tales resemble collective dreams.
They are like organic food for the mind. Probably we should invert the stereotype and ask children to tell us bedtime stories once they learn a few. They certainly know better.

Now, if you’ll excuse me, I have a kingdom to save (or was it a princess? I should check my appointments).